In the mountains west of Chiang Rai’s District Mae Chan, in the border area between Burma and Thailand, the Kuomintang (KMT) settlement Mae Salong is located at over 1.000 m above sea level. These ranges are often called “little Switzerland”. Deep Valleys and almost inaccessible steep mountains have been the home of the KMT Army for over 60 years.

In October 1949, when Mao Zedong established the communist party in China, the Kuomintang Army withdrew to Taiwan, with the exception of the 3rd and 5th Regiments of the 93th Division. The battles between the communists and these two KMT regiments were fought until the Chinese Army defeated these two groups and they withdrew to Burma (Myanmar).

12.000 soldiers under the command of General Lee Wen fought their way from Yunnan to Burma. But the Burmese did not allow a foreign army in their territory and the battles continued for another 12 years. Several KMT soldiers were able to be evacuated to Taiwan, but the majority remained hidden in the remote border areas. During this long time, the generals of the kKMT army tried again and again, with the support of the CIA, to conquer their homeland Yunnan.
In 1961, General Lee Wen led 4.000 wounded soldiers from Burma directly into the mountains of the Burma – Thai border region, where they settled at Santi Khiri, which later became known as Mae Salong.

In Exchange for the asylum granted by Thailand, the KMT army would protect the Thai border area against the infiltration of communists. The KMT Army was officially summoned to serve under Thai troops and got the name CIF (Chinese Irregular Forces). The CIF troops also had to fight against local communist rebels in Thailand. They fought great battles in the Phitsanulok area around Doi Laung, Doi Yaw and Doi Phamon. One of the bloodiest offensive was launched in December 1970 and lasted for 5 years. During this time, more than 1.000 people died of the consequences of the war against the Thai communists.

Only in 1982, the CIF was able to give up their weapons and were allowed to lead a normal life in the mountains of Mae Salong. As a reward for their armed services, Thai Government issued Thai citizenship to most of the soldiers and their families.

The economic development of the village of Santi Khiri:

During the time in Burma, the KMT alongside with the Burmese Shan Army, generated their financial budget with the cultivation and trading of opium. In March 1967, General Tuan made the following statement:

“We have maintained our fight against communism, and to fight, you need an army, an army needs weapons, and to buy weapons you need money. However, the cultivation of opium is the only way to generate money in these mountains….”

A CIA report from 1971 called Mae Salong “the largest heroin refinery in South East Asia”. Only in the late 80’s, the Thai government was able to contain opium cultivation and the KMT shifted their income to other sources. The Village of Santi Khiri (Mountain of peace) became well known for the cultivation of cherries, plums, lynche and peaches as well as tea and developed rapidly into a tourism destination.
As a sign of support, His Majesty King Bhumibol and other members of the Royal Family visited the village of Santi Khiri several times.

The Village of Santi Khiri is living again:

Up to the 70’s, the area around Doi Mae Salong was a restricted area. No one was allowed to visit this territory. After the economic and agricultural remodelling during the 80’s, restrictions in this area were loosened and finally completely lifted. The cultivation of fruits, fruit wine, Chinese Tea and the herbs attracted the interest of Thai and Chinese tourists from Taiwan, Singapore and other areas. The area around Mae Salong has been re discovered and since the 90’s, the village of Santi Khiri started appearing on the maps of western tourism.

The villagers have understood to preserve their ethnic origin. The Chinese Mandarin dialect is still spoken until today. In the streets of the village, you can find noodle shops and tea houses of Chinese tradition.
Today, the village of Santi Khiri and the mountain Mae Salong are one of the “Top 10 Tourism Attractions” in Thailand. The steep, narrow streets, with the wonderful view over endless mountain lines and the Sakura Cherry blossom in December / January, make the journey an unforgettable adventure, a “hidden gem”, where Chinese culture and traditions have been kept alive.

The Tham Luang Cave, famous for the “cave rescue drama”, and our exclusive “Coffee Trail” excursion to the coffee producing mountain villages along the Thai Myanmar border can be ideally combined with a Mae Salong visit.

These excursions are part of our Northern Thailand & Golden Triangle Private Tours. 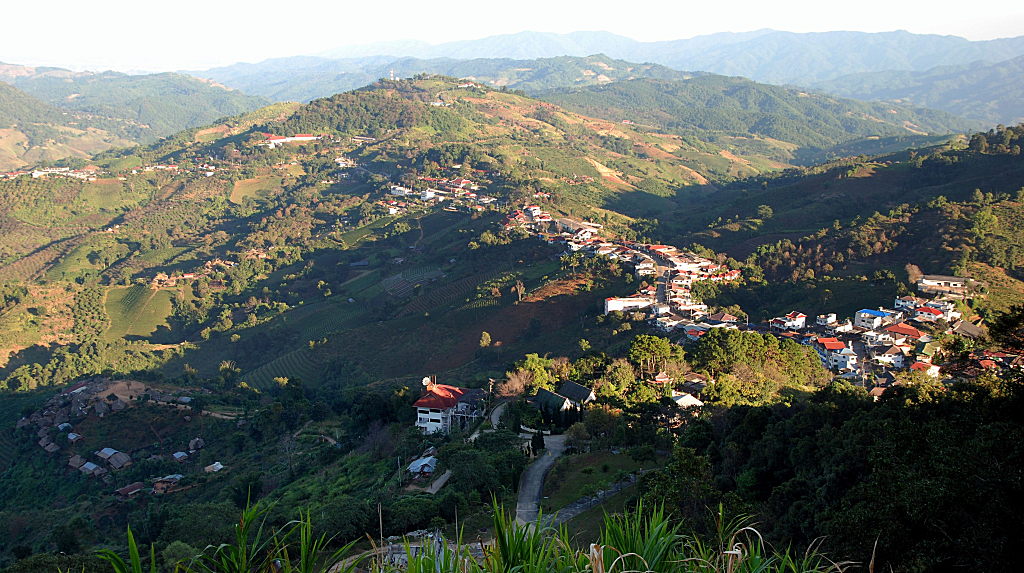 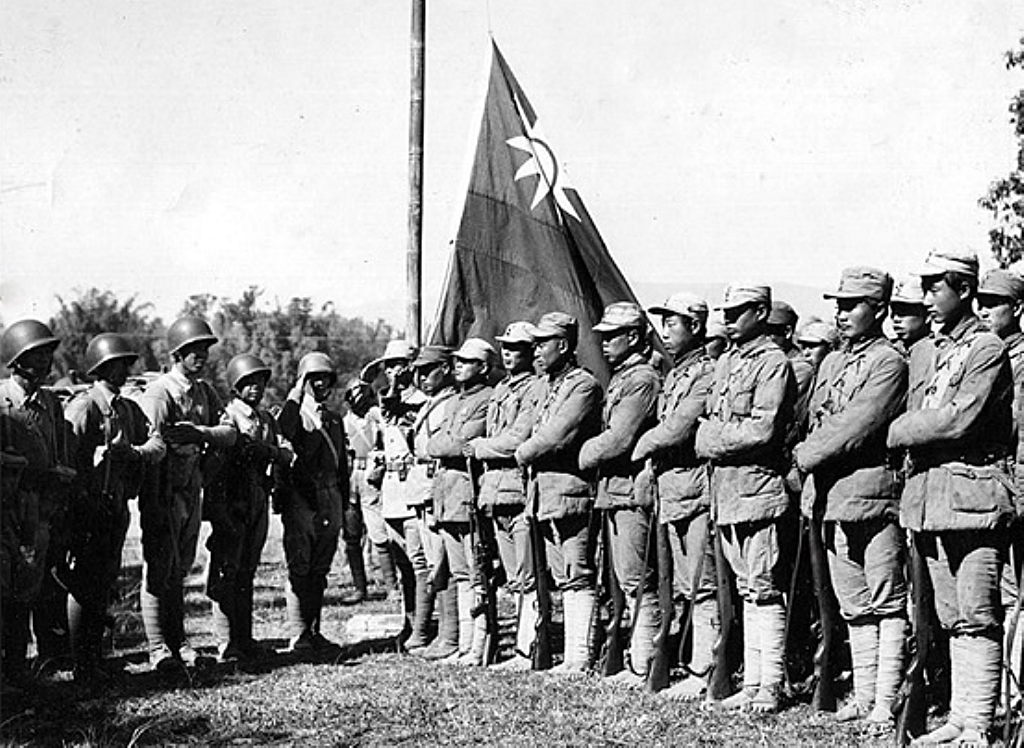 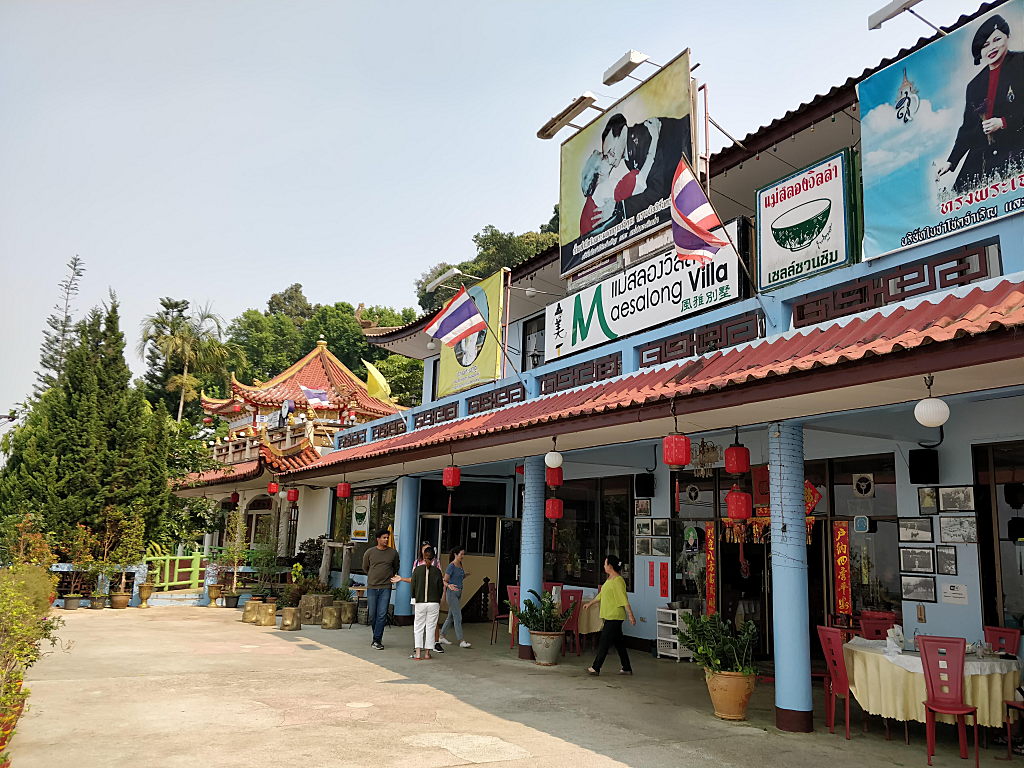 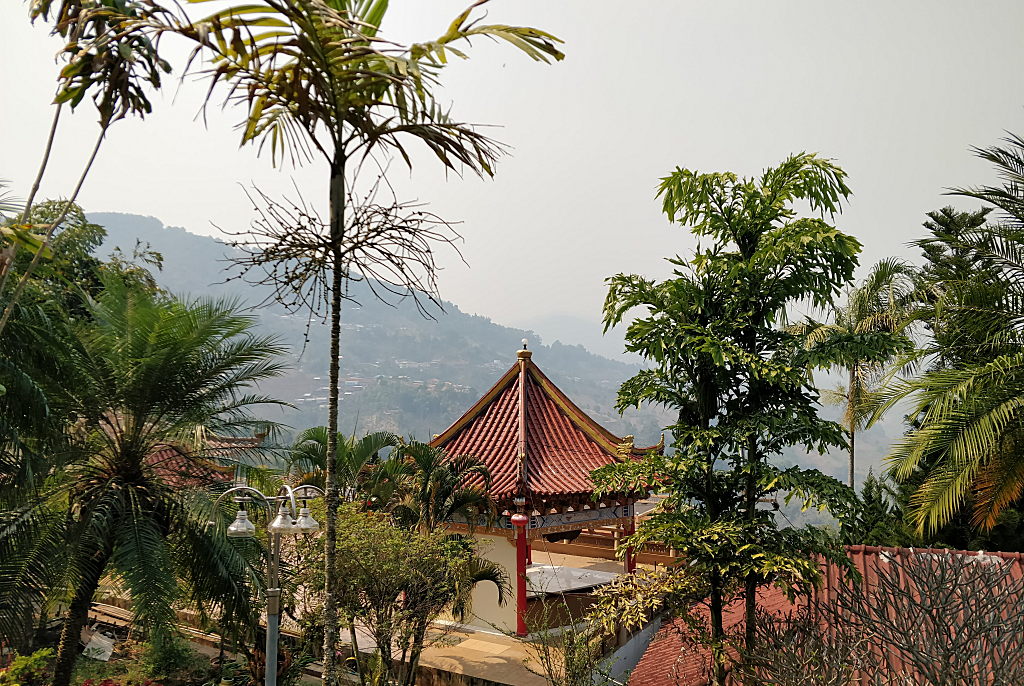 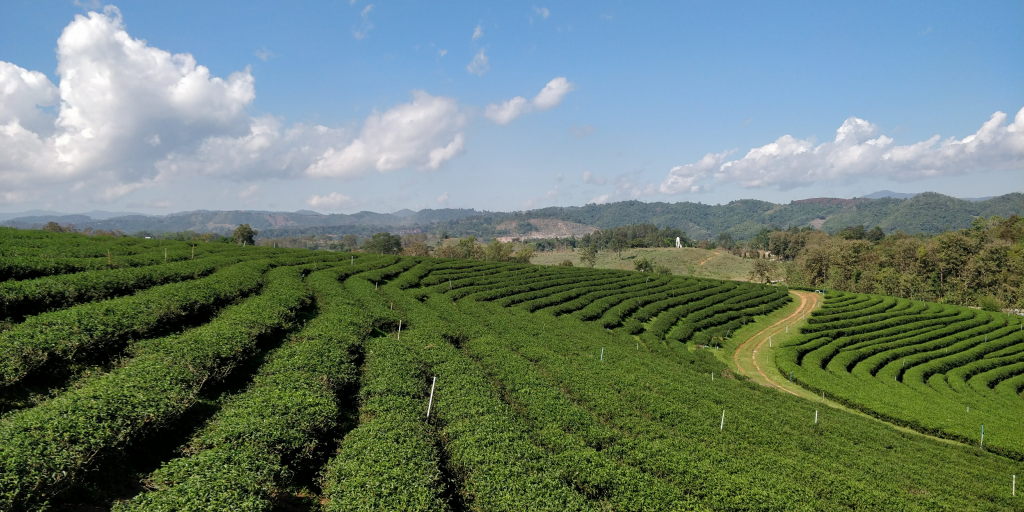 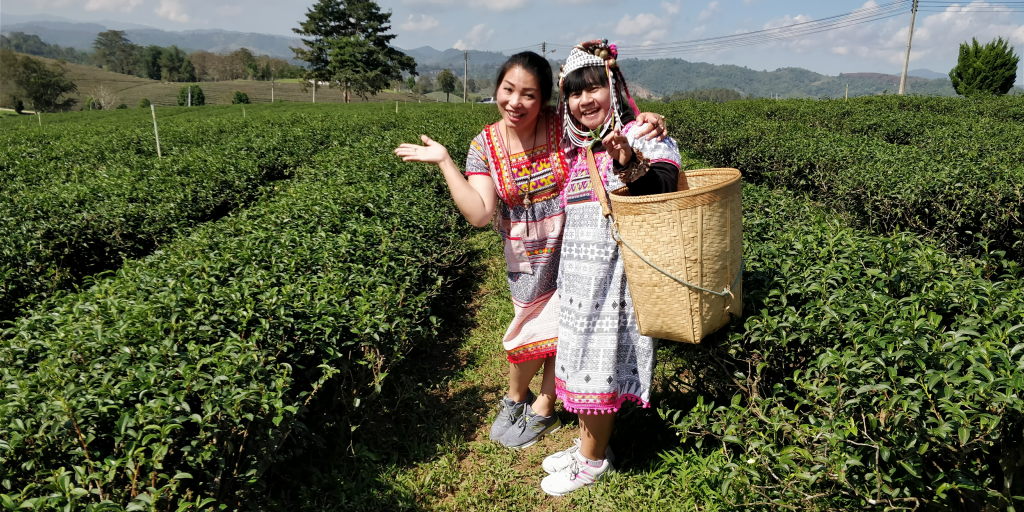 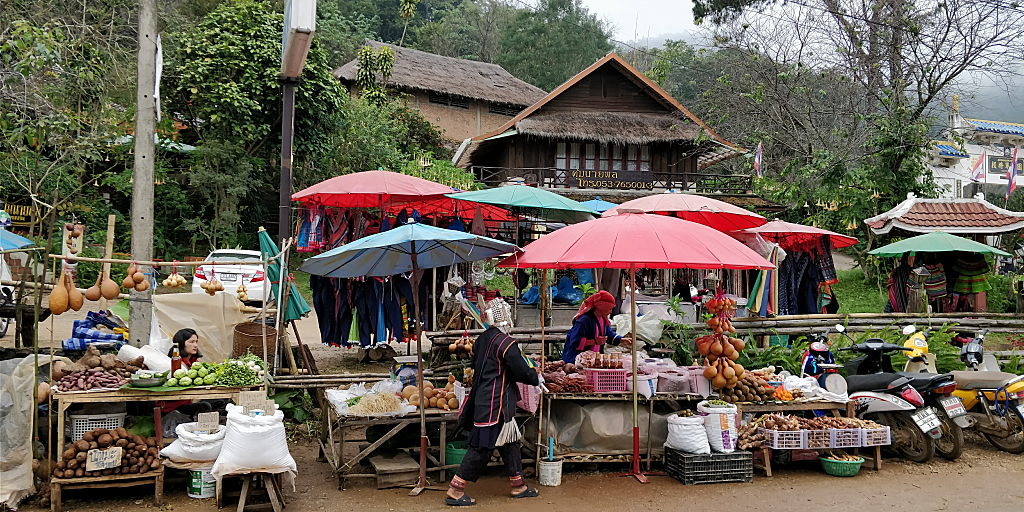 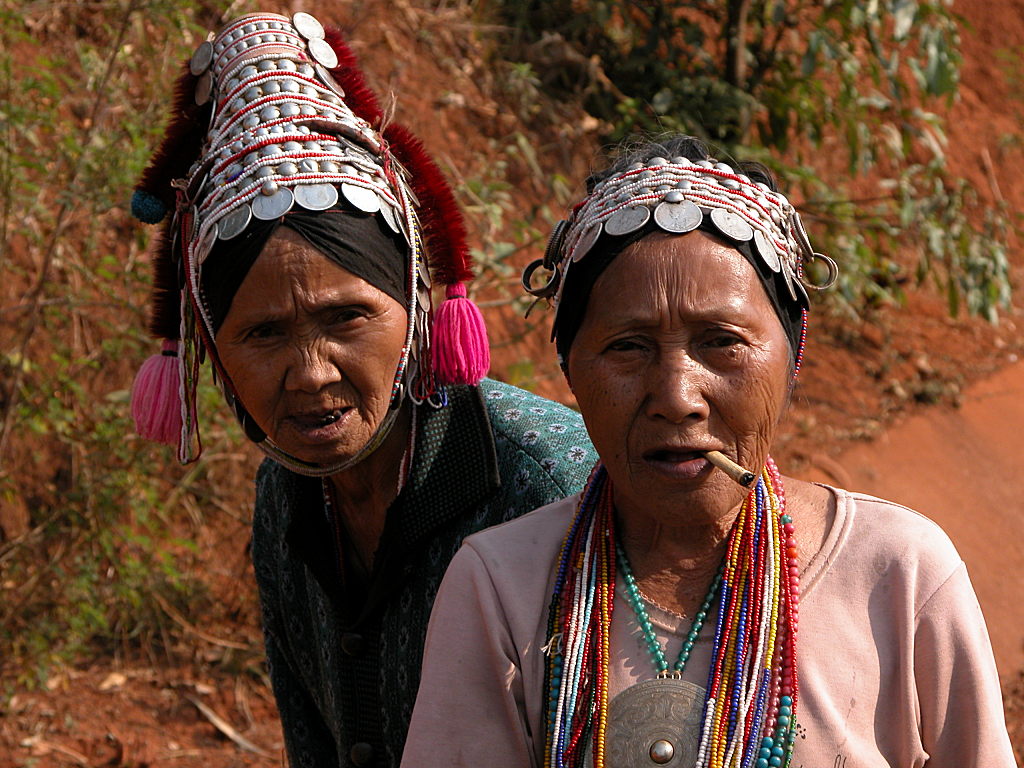