The Doi Nang Non mountain range consists of a long hill tract tlocated on the west side of the highway between Chiang Rai and Mae Sai. The greater part of the range is in Mae Sai District, extending west and southwest of Pong Pha along the border with Myanmar. The mountain range is an unusual land feature when seen from a distance, as its silhouette takes the shape of a sleeping woman with long hair. Its highest point is Doi Tung, which corresponds to the belly of the lady.

There are a number of caves in the range area, the largest and best known is Tham Luang Nang Non (Great Cave of the Sleeping Lady), a semi-dry limestone cave in the Doi Nang Non range. It is over 10 kilometres long, and has many deep recesses, narrow passages and tunnels winding under hundreds of meters of limestone. There are numerous stalactites and stalagmites in some parts of the system.

In 2018, Tham Luang was the site of a massive rescue operation which was followed by millions all over the world. Twelve boys aged 11 to 16, all members of a local junior football team, and their 25-year-old male assistant coach were stranded in the cave for 18 days, when floodwater prevented their exit.

They were rescued in a huge joint operation between the Thai government, the Thai military, and a group of international experts and cave divers. British divers found them on a slipery ledge in darkness more than 4 kilometres from the cave entrance nine days into their ordeal. The effort to save their lives was a global operation followed by millions around the world. More than 90 divers including 50 foreigners, helped to rescue the group. An ex-navy diver died during the mission when he ran out of air, having placed air tanks along the route to the boys.

The Authorities have repaired damages from the operation and prepared the national park for an increasing number of visitors from all over the world.

Khun Nam Nang Non (Headwaters of the Sleeping Lady) is a natural pond into which water flows from the rocks above. This water is said to be the tears of the legendary lady’s ghost. One of the legends goes that in ancient times a beautiful princess fell in love with a stable boy and became pregnant. Knowing their love was forbidden, they fled and went in the cave to rest. When the boy went in search of food, he was caught by the princess’ father’s army and killed. The distraught princess stabbed herself to death and the legend says her blood became the Mae Sai River and the water that flows through the cave, while her body is the surrounding mountains, said to look like a sleeping woman.

The locals only dare to enter the cave after paying respect to the princess at the small shrine next to the entrance.

This excursions is part of our Northern Thailand & Golden Triangle Private Tours. 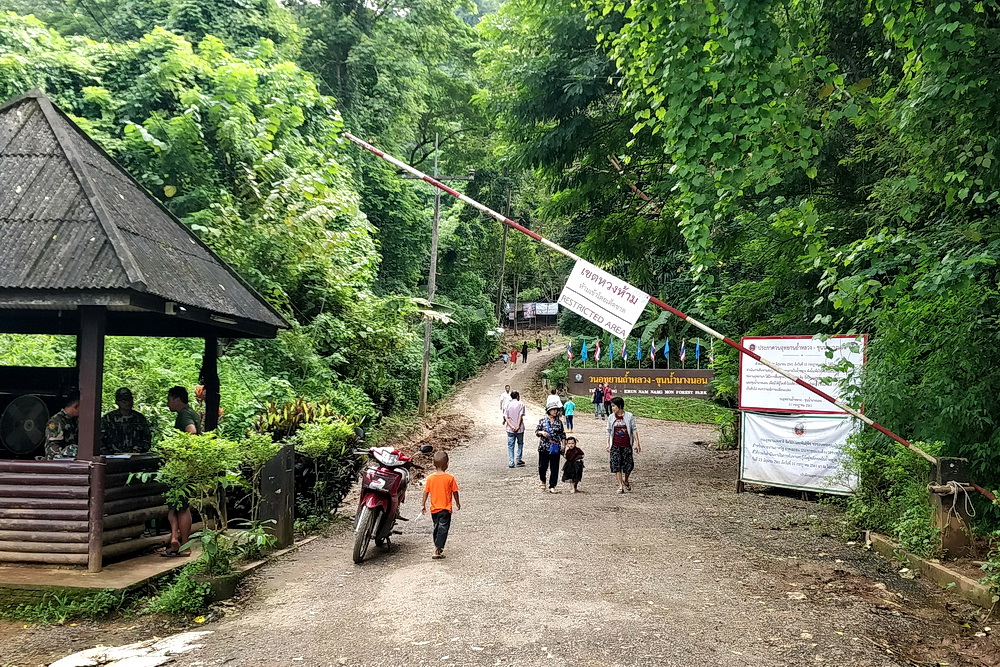 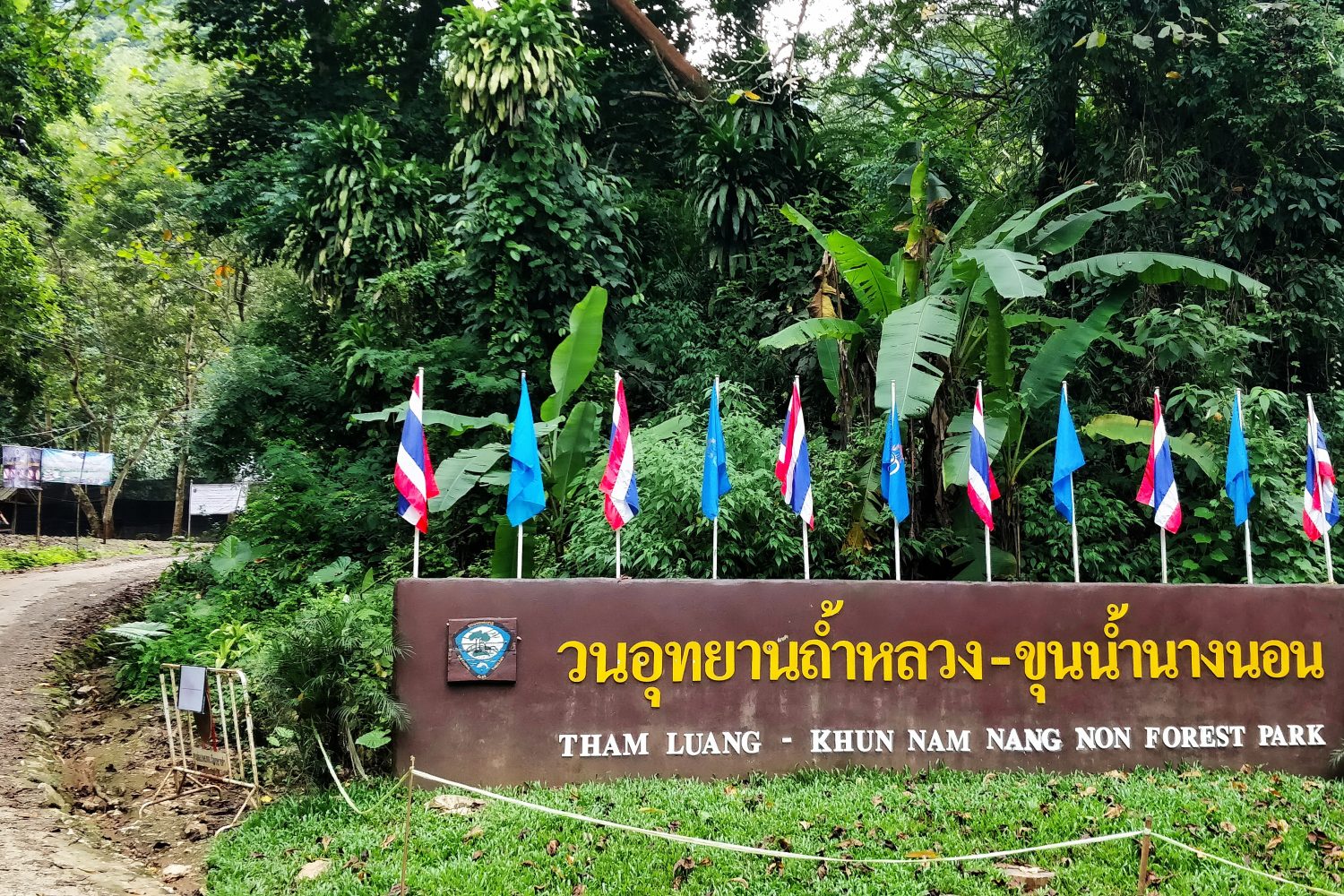 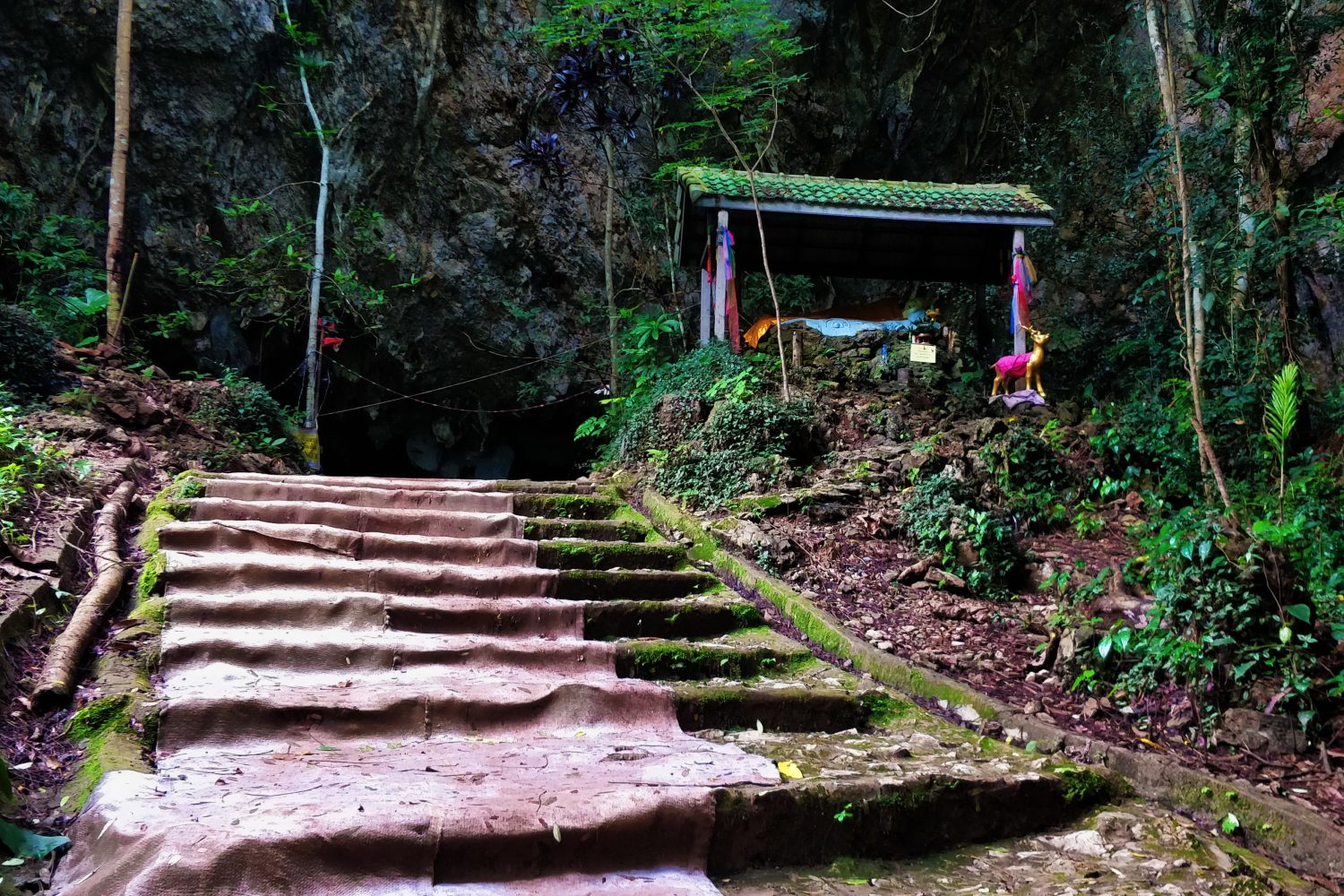 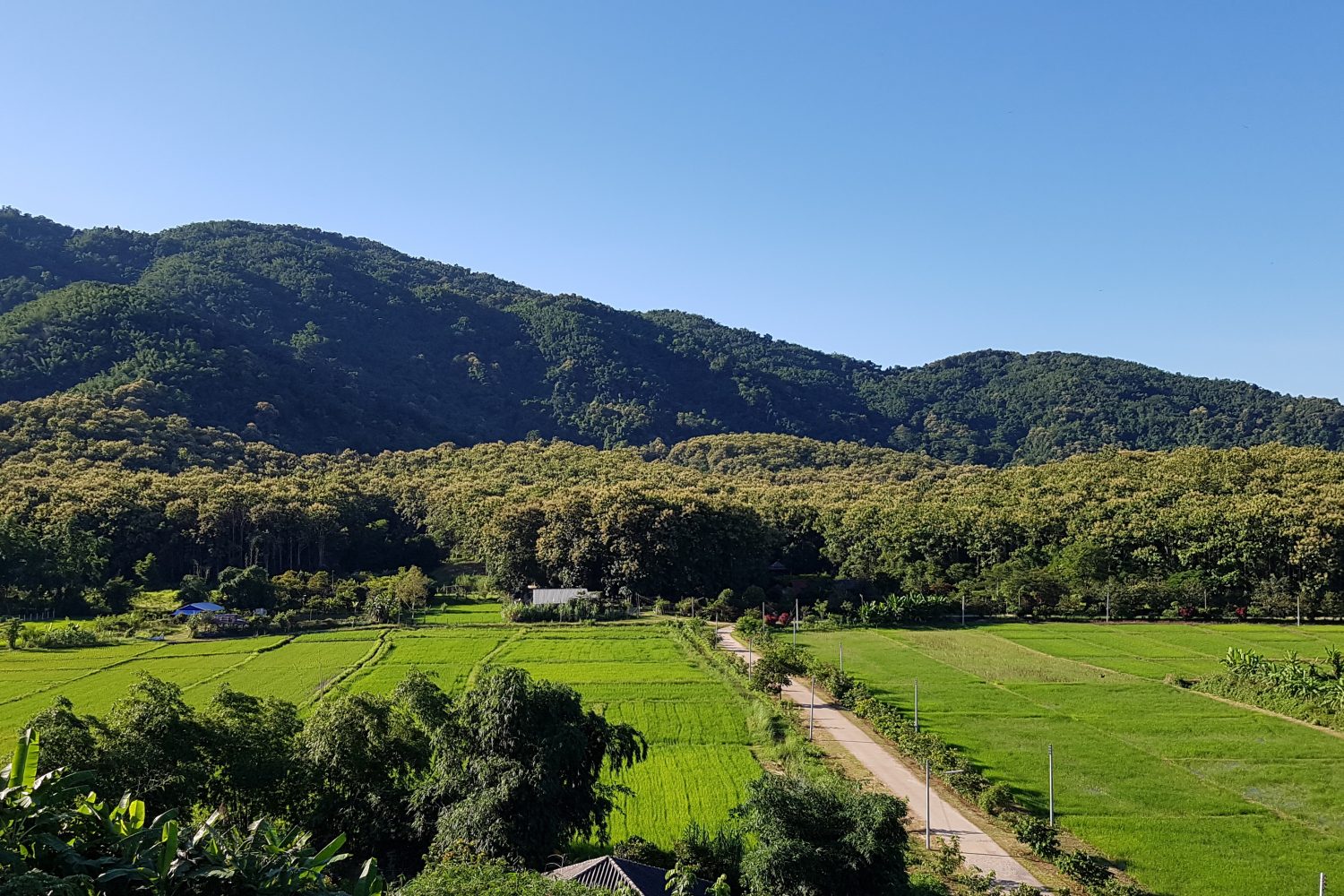